This agreement is signed by University of Mazandaran and George-August-Universität Gottingen in order to expand the academic cooperation between the two universities and in order to carry out mutual research and provide opportunities to exchange staff and students.

A project entitled as “Recognition of the Major Causes of Conflicts and Finding Ways to Improve Biodiversity in Protected Areas of Iran” has been granted to Dr. Mohammad Sufi from Gottingen University under the framework of this MoU and DAAD. 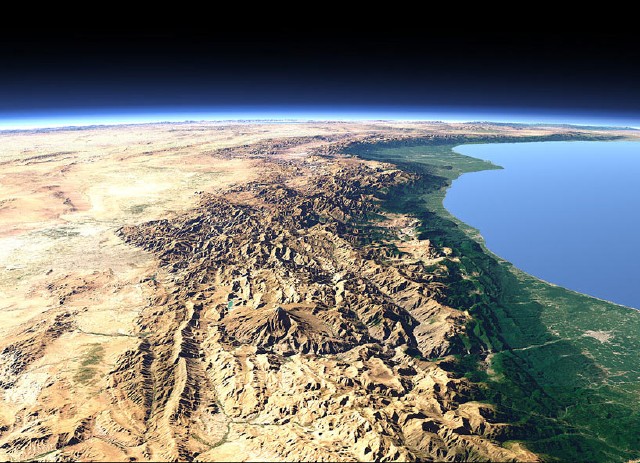 The project will be implemented in two phases in all wildlife habitats of the three northern provinces of Guilan, Mazandaran and Golestan, and especially in the Hyrcanian forests, which have recently been registered as a UNESCO World Heritage Site.

The main goal of this project is to assess and understand the main roots of the conflict between humans and wildlife, which sometimes leads to conflict between humans and humans (rangers and poachers). This study has a scientific basis due to the new and important information it produces about these challenging conflicts. It will also be very useful and practical, given that the information generated is relevant to protecting the lives of rangers and poachers in armed conflicts.

In this study, information on “social psychology” and “Wildlife-related life” of the people will be used. This work will be carried out in close cooperation with the provincial offices of the Environmental Protection Agency, the personnel of the protected areas of the Environmental Protection Agency as well as local hunters. It should be noted that only rangers and hunters who voluntarily agree to participate in this project will be part of the study.

In addition, wildlife census data (preferably in the last two or three decades) on large mammal herbivores, such as Caspian red deer, Roe deer, rams, goats, deer, chinkaras, and zebras across the country which are recorded to estimate the sustainability of the population trend will be used in the study.

The project is fundamentally scientific and will provide practical solutions to reduce conflict between hunters and rangers, which is a new challenge in wildlife management.

By the completion of this project, not only will the drivers of conflict between rangers and poachers be identified and understood, but also the ways to minimize these conflicts will be examined and it will become clear which methods will be most effective in combating them.

It should be noted that the University of Mazandaran has been appointed as the coordinator of the activities within the framework of this project by the University of Gottingen, Germany in a signed memorandum, and now the Environmental Protection Organization has also issued a permit to carry out the project in the mentioned areas.

Executor of the Project in Germany

Executer of the Project in Iran

Dr. Mohsen Ahmadpour
Faculty member of the Faculty of Research Center for the Caspian Region at University of Mazandaran - More Information

PDF of the MoU

Why Can’t some of the students see their grades in the Education System?